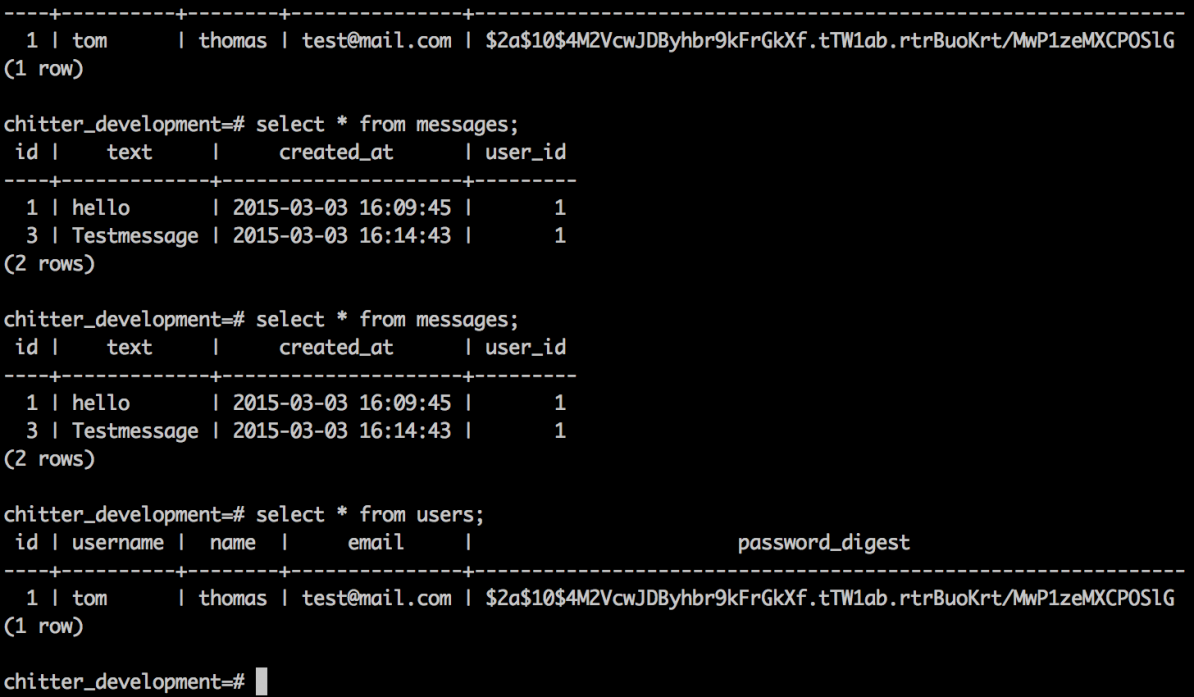 True. It’s not the most user-friendly web app ever made. And it’s not particularly beautiful either, but I am very happy to present you… the new Twitter: „Chitter“.

Chitter was last weekend’s challenge. You can read messages in a public stream, you can sign up to write messages yourself. That’s what we call the Skateboard at Makers. The „Minimal Viable Product“ (MVP). A Twitter-clone should at least offer those features. Right now I am very tempted to keep working on Chitter. Maybe find a better name and then bring it from status skateboard to car (going through bike, scooter and maybe some other states). But I think there are more rewarding tasks than copying Twitter.

In case you wonder, why I am so excited about this silly website:

Even though this was a two-day-beginner’s-project, I have developed it the way modern websites are built. I am now familiar with the basic concepts of modern web development which I can build on.