I am a senior now. I guess the next six weeks will be the only time within the upcoming years in which I will be considered to be a senior web developer. But it’s true. The „old“ seniors have finished their course, a funny bunch of new juniors has just finished the Marshmallow-Spaghetti-Challenge and my February-cohort has moved over to the project desks.

In order to give you an idea what I will be programming during the second half of the course, I want to present my predecessors‘ final projects:

Meshee is a chat app providing encrypted chat rooms. But encryption isn’t the only layer of protection for Meshee users‘ communication: The tool doesn’t use the internet. Users connect via their computers‘ WLAN connections. A tool called CJDNS establishes the encrypted ad hoc network. Meshee runs on a node.js server and provides key-protected chat rooms to connected users.

I sadly cannot show you the tool since it’s running in local networks only. But if you know how to speak code, checkout the repo on GitHub.

The Horsell Snow Angels from Surrey (UK) help elderly people with their daily tasks when weather is too bad for them to go outside. They help them to shovel snow or to walk the dog. Until some weeks ago organizing the volunteers was quite a time consuming business. But a team of five Makers students have built an app that helps the project managers.  They can send SMS to potential volunteers to check their availability. It helps the manager choosing the volunteer closest to the task by displaying all available volunteers and tasks on a map.

Link: The Horsell Snow Angels, the app’s repo on GitHub

3. Turn up tune in: Never miss your song again 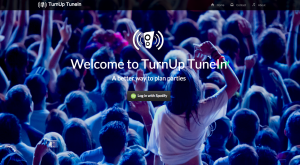 Have you ever asked the DJ to play a song for you? Have you ever submitted a wish to a party’s playlist? If so, there is a high likeliness you were not in the room when your song was actually played. „Turn up tune in“ tackles this issue with Beacons, an Android app and the Spotify API. People who have been invited to the party can go to the party’s playlist management page and choose their favourite songs from the spotify database. If a song has already been added to the list, the user is informed about that.

Once the user turns up at the party and turns on his smartphone’s bluetooth transmitter, a Beacon will recognize him and the app adds his songs to the playlist. If he goes out for a cigarette, his songs vanish from the list. When he enters again his songs get enqueued. And so on.

Link: Turn up tune in webapp, Code on GitHub.

4. „I am me“: a personalized event calendar 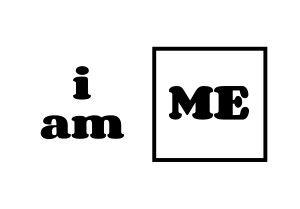 For Londoners it is a serious problem: There are so many events happening every weekend, that people find it hard to choose where to go. The „I am Me“-Team developed the page for a real client who had come to Makers Academy to pitch his idea during the final project jamboree.

Ptolemy has reflected on the project himself.

5. One day in the life of an engineer… pilot… president…

This project was developed for the Barcelona based project One Day. The idea is to show young people how it would be to work as an engineer, pilot, or whatever they might be interested in. The website the Makers‘ students developed will feature curated information about professionals across different industries. Young people can contact and finally spend a day with them to get a better idea of the job.

Link: One Day prototype on heroku, Code on GitHub

Makerbot was not a final project but a Makerthon product – developed during the eighth week of the seniors. Makerbot lives in our highly frequented chat app Slack and can answer questions about upcoming talks, nearby restaurants and more. The code can be examined on GitHub.